Checking your Mac for malware and viruses

Not too long ago it was thought that only Windows computers were susceptible to viruses. However, this was simply due to statistics. Many years ago, Windows were far more dominant in the operating system market share than Apple. Therefore, for malware and virus creators, creating such things for Apple computers was not worth the effort, since a very small amount of people could be affected.

However, things have changed a lot. While Windows continues to be the dominant operating system in the market, Apple devices have gained a lot of market share during recent years. Because of this, creating this kind of thing for Mac computers started to become a potentially more rewarding prospect for the nefarious minds behind them. That’s why now, regardless of the operating system being used, it is crucial to check and eventually get rid of viruses and malware operating in a Mac device.

Are there any tools available to detect and recognize malware in a Mac computer?

Fortunately for all Mac users, there are many ways to detect whether a virus has taken over the computer. What’s even better, is that there is no need to have advanced computer knowledge in order to be able to recognize when something is wrong. There are two main ways to diagnose and eventually fix an infected Mac machine. They include:

● use a malware scan on Mac, such as ScanMyMac X;

● and doing a manual scan as well!

Both methods have advantages and disadvantages. For example, it is by far simpler to scan a Mac for malware by using software such as the aforementioned ScanMyMac X. Of course, this is not the only software of its kind. In fact, there is a lot of software out there that does similar functions.

Also, all these apps to scan Mac for viruses usually come with a few additional features. For example, users will be able to make performance adjustments on their machines. In general, after running scans of this kind, on some occasions people can feel like the machine is running faster, even if no malware was cleaned whatsoever.

But as it was said before, people can also learn how to check for malware on Mac manually for signs of viruses, and eventually be able to get rid of them. Now we will review a little bit of the process of doing just that.

Right now Mac computers don’t come with such features. However, users of these devices can still take advantage of some features that apparently are designed for different purposes. Yet, they can be quite useful in understanding how to check a Mac for malware and getting rid of any malware or virus that has infected the gadget. Here we will list some of the main items that users can employ, and how they can be helped by their use and where they act.

All these items are pretty straightforward. For example, usually users tend to accumulate many unwanted files in their Download folder. Of course, most of the files that they want to download arrive in that folder. However, if some unwanted and automatic download starts from a suspicious website, the file in question will also end up in this part of the computer. In general, it is a good practice to keep this folder as clean as possible.

Something similar happens with web browsers and their extensions. Sometimes, certain websites can install extensions that users never wanted in the first place. While many of them can be annoying but generally harmless, some of them have the clear intention of trying to do damage to users, by stealing their data or doing other things. For this reason, it is also recommended to delete whatever extension users are not using. This can be an excellent way for scanning a Mac for malware. 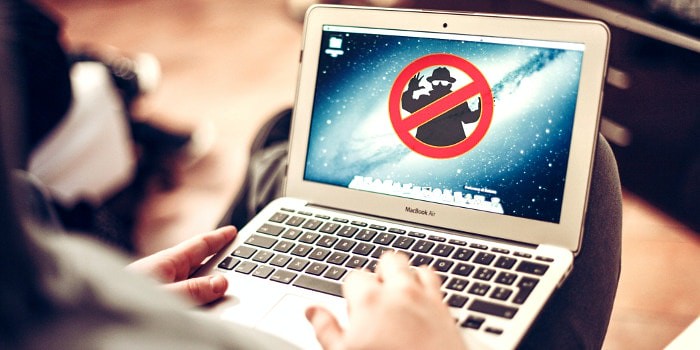 The Applications folder is another critical folder that users must keep clean. Of course, all programs that users install on their computers go to that platform. Thankfully, Mac doesn’t include any critical function at that place, therefore, by deleting something suspicious, there is no risk at all of damaging the computer due to the removal of a file that was supposed to remain on the machine.

The Activity Monitor can be really helpful in detecting Malware

As its name suggests, the activity monitor displays users all the processes and tasks that are running on their computers. Normally they show all kinds of activity. Whether they are running games, web browsers, music players, etc. Also, they usually show critical tasks for the correct functioning of the computer. However, the Activity Monitor can also help users to tell them if something that is not supposed to be running is actually doing that.

For this reason, it is a good idea to regularly check the Activity Monitor and familiarize with the processes that the computer normally runs. If at some moment something new appears, and usually with a funny

name, it is a good idea to pay close attention to that item and see if it is taking valuable system resources for itself. While the Activity Monitor will not flag anything as a malware or a virus by itself, nor scan Mac for malware, users at least can use it to detect some unwanted presence on their machines.

As it was already explained, in order to find unwanted apps, it is a good idea to pay attention to both the Applications folder, and also to the Activity Monitor. If something appears that looks suspicious or is not supposed to be there, it is a good idea to pay closer attention to it and investigate whether it is something that came with a software that was installed by a user, or if it is something that is not supposed to be at all. That’s another effective way of scanning for malware on Mac.

Check the login items in the computer

As it was already introduced, it is always a good idea to pay attention to the login items in the computer. Doing this can be as good as scanning Mac for malware, and they can be accessed by going to the System Preferences, then continuing to Users and Groups and finally Login Items.

In general, this place lists all the applications that open after signing up into a session. Normally, some applications will start to be listed here as soon as users install and start to use them. For this reason, this place should contain only programs that are known for the user of the device. If something unknown appears there, then it is better to remove it from the list.