The Importance of MacOS High Sierra for Your Mac

Over a month ago, Apple has launched MacOS High Sierra – a new cherished update for Mac lovers. Many users didn`t rush to upgrade their Macs, waiting till the company fixed major security bugs. With the release of Mac OS High Sierra 10.13.1 beta 3 (17B42a), it happened, and now, more and more users are switching to High Sierra.

If you aren`t one of them or just switched, read this review. All key improvements gathered in one post will help you decide whether you need this update or not. 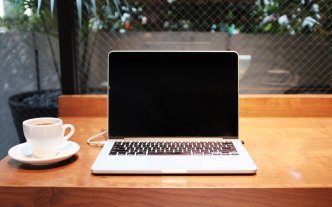 Having a new technology at the heart of your Mac always matters a lot. It`s not just an ordinary whim but rather a redesign and improvement on all fronts. MacOS High Sierra changes everything beginning with how your data is stored and ending with how your graphics processor works. Get ready to the following transformations:

Mac File system is what has always worked beautifully right from the start, but Apple`s perfection knows no limit. MacOS High Sierra introduced an advanced design of File System to open up a new level of responsiveness and security.

A 64-bit architecture not only meets the requirements of today`s flesh technology but also incorporates the potential for tomorrow`s storage demands. A high responsiveness of your file system makes common tasks happen instantly. Finally yet most importantly, this update has built-in crash-safe protections, simple data backup, and encryption. With such features on the go, your data will be even more secure than it`s now.

Graphics processor is what we all badly need, and the great news is that it becomes more powerful day after day. A new update replaced Metal with Metal 2. To make a long story short, Metal is a built-in technology that lets all your apps unleash a full power of your graphics processor (GPU).

Metal 2 will take your visual experience to a completely new level and even more. It adds multiple capabilities to your Mac including virtual reality, machine learning, and a support of external GPU. No matter whether you develop a software, play video games, or write a dissertation, Metal 2 is here to live out your imagination.

Apple has improved video compression by about 40% with High-Efficiency Video Coding arriving on your Mac. A new system update switched from H.264 to H.265, enabling a much better video stream. It also decreases the amount of space a video needs on your Mac while preserving the top visual quality. 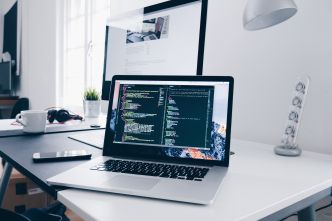 That`s probably the question that bothers you the most, but we decided to hold it back for later to keep you engaged. It`s the first time when Apple`s MacOS update offered a platform for developers to create virtual reality experiences. If you have iMac with Retina 5K display or a Mac you can pair with an external GPU, you will love this MacOS Update.

Apple`s update for MacOS reinvigorates some of the apps you`re used to, and photos become its first target. A modernized sidebar, new memories categories, and many innovative editing tools will let you optimize a library usage. The improvements in Photos are obvious, yet we think they aren`t revolutionary compared to what happened to other apps.

For instance, the update brings about the most sophisticated changes to Safari. Your tracking becomes only your business thanks to the intelligent tracking prevention. Safari Reader now is always on, while you can change all browser settings and see each website just the way you like. Safari no longer lets auto-play videos distract you. With all upcoming changes, it becomes the way faster than it used to be.

Some updates are also waiting for Siri. It now sounds more like a human with intonation changed and emphasis placed on what it`s saying. If you let, Siri can become your personal DJ. It will learn your preferences and make a playlist for any occasion. That probably doesn't change Siri at its core but rather offers you some extra bonuses.

Sharing files became much easier than it used to be. You don`t have to create copies or manage attachments anymore. Just send a link and get down to work. iCloud also saves all your message histories. It means you will have all your conversations at hand when you sign in to another device. Besides, it lets you save much space on the Mac.

Apple offered some advanced search options. Top Hits manages your email search, putting the most relevant results at the top of the list. It learns from you, reflecting the emails you`ve read and the replies you`ve made. Spotlight also got smarter. If you enter your flight number, it shows you your departure and arrival times, gate, maps, and delays. Spotlight shows advanced Wikipedia results if there are several answers to the inquiry.

How to Update to MacOS Sierra

Before updating, make sure your Mac has at least 8.8 GB of storage space and 2GB of memory. Then check out the model of your device. iMac and MacBook of late 2009 and newer are compatible with MacOS High Sierra. The update is also available to MacBook Pro, Mac Mini, and Mac Pro of mid-2010 and MacBook Air of late 2010. All these Macs have configurations that meet the requirements of MacOS High Sierra.

New Mac OS High Sierra incorporated dozens of new improvements that your Mac needs for sure. Nevertheless, it`s up to you to decide whether you want to get used to those new features or whether you need them at all.