Removing trash on a Mac is as easy as 1-2-3. Drag a file to the Trash bin on your Dock (or hit command + delete after selecting the file(s)), then control-click Trash icon and hit Empty Trash – You are done! Just like that.

The great news for those of you just starting out with Mac is that, in most of the cases, that is all you will ever have to do. However, sometimes things don’t go as expected and getting rid of your trash can take a bit of extra effort. If you don’t ever want to come back to Trash management, simply install a reliable cleaning assistant. MacFly Pro is a great choice. It will make sure your Mac runs well and your Trash is taken out regularly. For those of you who want to take Trash management into their own hands, here is a list of top tips and tricks to help you along the way

When removing junk files from your Mac you will occasionally come across either a locked file or an item that is in use by one of the apps. They won’t go down this easily. Such files prevent you from emptying the trash all at once and take a few additional actions to successfully erase the junk from your computer.

The quickest way to remove all trash from the bin in one batch is by using the Option key. To force empty trash on your Mac, press and hold the Option key > control-click Trash icon and choose Empty Trash > let go of the Option key

Let MacFly Pro Deal with Trash on Your Mac

Wipe out different kinds of undesirable files to maximize storage and performance of your Mac.

Focuses on providing smart improvement suggestions and tracking down junk all over your system.

Essential tools to gain full control over installed applications and duplicated files on your drive.

Another way of dealing with interfering files that have settled in your Trash is through Delete Immediately function. Go to Trash, locate the file that’s causing the trouble (or select multiple), control-click and choose Delete Immediately. This should cut it. 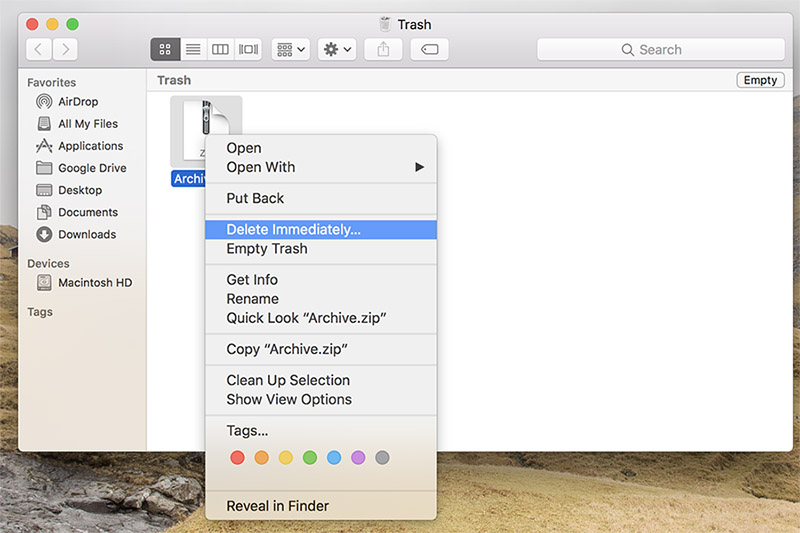 When moving items to Trash you will occasionally see a warning message ‘The operation can’t be completed because the item is in use.’. Basically it won’t let you move the file to Trash because it is used or open in one of the apps. It has become a rather uncommon issue on recent versions of macOS, however Mavericks and El Capitan are still prone to it.

The most common apps that are left open with the file in them are Preview, Mail, QuickTime, and either of the Office suite apps. Close the app which is using the file and you will be able to trash it like any other item. If you are unsure which of the apps is using the file, then begin closing them one by one starting with the one that has the highest likelihood of using the item (e.g. Preview for images, QuickTime for videos etc.) To close the app, control-click the app icon in the Dock > hit ‘Quit’ 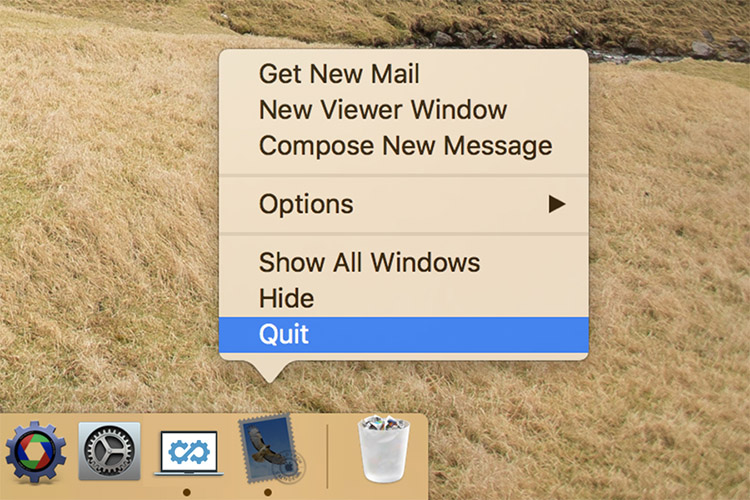 Note, that if you are currently working on an email draft and attaching files to it, then your Mac may take it as if you were using the file. Save the draft, close the app, and then move the file to Trash. Don’t worry, the attachment will stay with the draft.

Apps are not the only processes that may cause the warning item-can’t-be-moved message. If quitting running apps does not help, then it is one of the system processes that is using the file. Your best bet is on rebooting your Mac and trying to move the file again. Once rebooted, you should be able to trash the item, and if you are still having the same difficulties after a fresh startup and with no apps open, then you should probably think twice before erasing those files as they may be of importance to your system.

Terminal is a command line interface that is built into macOS to control the UNIX-based operating system underneath. In other words, Terminal is just an application on your Mac that allows you to tell (give commands) your system how to operate. For instance, you can issue commands to manipulate system files, force remove items, get to hidden system directories and many other that help keeping your system cleaner.

Often overlooked by an average user, Terminal becomes a potent piece of software in the right hands. The downside of using Terminal is that you can mess things up when attempting to fix them, unless you have already got your commands figured out. With that in mind, make sure to follow the instructions carefully.

Use the following command to force Empty Trash if you are running Mac OS X version 10.9 Mavericks and below:

Those of you running 10.10 Yosemite and above follow the steps below:

Your Trash bin is now empty. 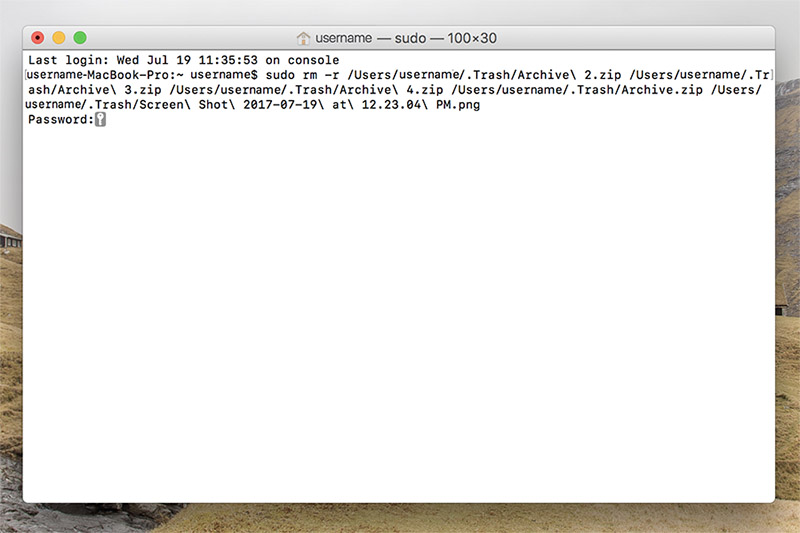 Overall, dealing with junk and keeping the Trash bin empty on your Mac is an easy job. It becomes even easier when you are delegating the task to a proprietary cleaning software such as MacFly Pro.