Computer freeze-ups have never given anyone a good feeling. It is beyond frustrating when you are trying to get work done (or simply surf the net in your spare time) and your Apple laptop starts acting up. It’s even worse when it develops a bad habit of constantly having the same problems. After trying to figure out how to unfreeze a mac computer you will quickly realize that it boils down to either a software or hardware problem and fixing these comes at different level of complexity. To give you a general understanding of both and help you set your foot on the right path, let’s break down the most common issues that cause Mac to freeze.

For starters, let’s make the context of ‘infinitely’ clear here. Apple’s ‘closing the lid to Sleep’ feature works like a charm on MacBooks. In fact, it is so ridiculously convenient to simply close your laptop and get moving, regardless of what you are doing on the computer, that some people literally end up never properly Shutting Down their Macs. As a result, Mac keeps building up temporary caches and other junk files, which later impacts overall performance. Typically, this only causes your Mac to run progressively slower, however, in extreme cases it may result in full-fledged freezes.

To prevent either of these unpleasant outcomes, simply take up a habit of Shutting Down or Restarting your MacBook at least once a month. This will allow for a start of a fresh session with some of the temporary cache removed. To Restart your MacBook, head over to Apple Menu and click Restart…, easy as pie.

Note: If you don’t have a cleaning software like MacFly Pro installed on your Mac to help get rid of other cache, it is recommended to Safe Reboot every once in a while.

Another common issue that staggers your Mac and makes it prone to freezes is a Desktop that is stuffed full of files and folders. Macs don’t handle excessive files on Desktop too well — and ‘excessive’ means tons of files, not just 5-10 items casually sitting there for quick access. If you are one of the people whose Desktop management has gotten a little out of hand and your Mac started letting you down, simply find the time to sort out desktop files to folders and disks. Give your Mac a reboot and start out a fresh session.

As you have set your foot on the path of desktop cleaning and file management, take a moment to install MacFly Pro and run a Scan for Duplicates. Rid your computer of redundant items, which you will have trouble finding on your own, and free up additional storage on your startup disk. 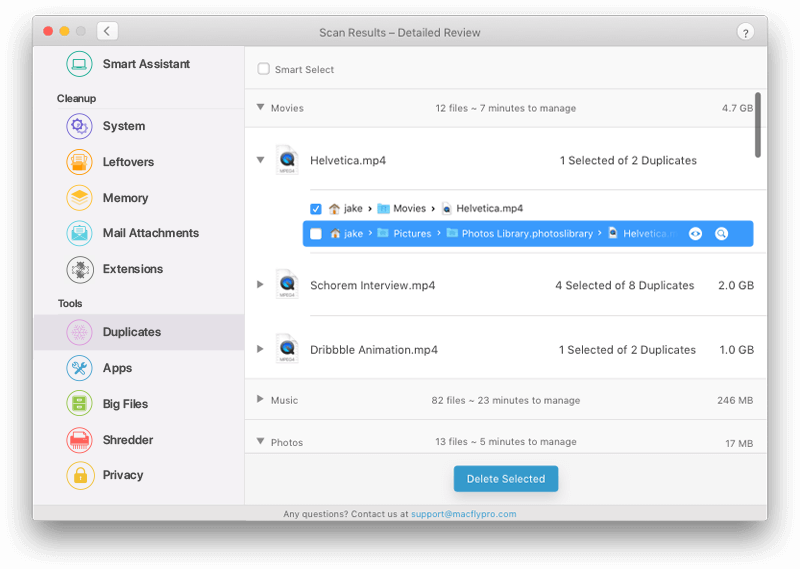 Multiple Apps Running at Once

Paying attention to the number of apps running simultaneously should be the first thing to do if your workflow requires using a number of programs at once. The very reason for your Mac’s malfunction can be you stretching the limits of its hardware (RAM in particular). Run an Activity Monitor and keep an eye on your Memory tab.

To work around the issue, you are left with the choice of either closing some of the resource hungry apps and running them consecutively instead of at the same time, or treating your Mac with some additional RAM. All in all, an upgrade to a newer Mac that meets your needs will solve the problem, but that’s what you’re here for.

Often times the freeze-up problem is caused by that one application that causes your Mac to get a total brain-freeze. It usually does not take a rocket scientist to figure out which app is the source of the problem. Upon freezing, try closing the app by pressing cmd + option + esc. If this doesn’t cut it and your Mac does not respond to keyboard or mouse/trackpad — force a Restart by pressing + holding the Power Button on your computer. When rebooted, clear app caches and reinstall the application, this should fix it. If the problem persists — read on.

How to Fix a Mac When It Freezes: The Problem Persists

At this point, you should be focusing on getting to the bottom of the issue and figuring out the cause of what’s getting your Mac frozen. You can start crossing out potential sources of the problem with your computer by going through the list below: