Maintenance for Mac: What It’s All About

Coming to realization that your Mac needs care no matter how well-crafted and put together it initially was (on both hardware and software levels) is a big step. However, before googling for cleaning apps or opting for help from a third-party Mac cleaning service, it is important to understand what does Mac maintenance even mean.

Mac maintenance basically means preserving your Mac in an appropriate condition in which it can provide consistently good performance in compliance with its specs. On the hardware side of things, that involves occasional cleaning from dust and petty trash, or even reapplication of the thermal grease in the Mac has already been under extensive use for years. As for the software — properly shutting down your Mac, removing unneeded apps, cleaning out Trash, caches, log files, and backing things up to stay on the safe side. It is worth noting, that it is totally possible, yet time-consuming, to maintain your Mac clean on your own.

Mac Maintenance Tips: Getting It Done Yourself

As mentioned before, preserving your Mac clean is not an impossible task that can be completed with relative success and no use of specialized apps.

It’s best to start out with the basic tips, which take next to no effort or time to follow especially if you choose to blend them into your routine when using a Mac.

Firstly, unless you have Finder Icon Previews disabled, always keep your Desktop free from unnecessary files. Use Desktop for files you’re sure you absolutely need access to. Loading picture and file previews uses your system’s resources. Having it do that on the regular without a particular need is pointless.

Secondly, keep track of what’s in your Downloads folder until it goes out of hand. With the amount on time spent in the internet and it becoming a norm to computer using routine, Downloads folder tends to fill a lot quicker than anyone could expect. Having sufficient free storage lets macOS operate as intended, plus Time Machine backups take less time without all that redundant stuff laying around in Downloads.

Thirdly, stay on top of actually Emptying Trash. You’re freeing up storage and ridding your computer from unneeded files by moving them to Trash, but the job is not fully done until the Trash is taken out. Either schedule a timed removal of trashed items using the Apple’s native storage management utility or simply do the emptying on your own.

This is where the Mac maintenance starts occupying more time. To put it simply, cache is temporarily stored data that is being kept on your computer for quicker access by the application. Properly built cache improves application performance as it shortens the time the application takes to access and load the needed data. Cache creation can be driven by user or the system, which means cache may occupy more space on your computer than you assume. Also, under different circumstances cache may get corrupted, which in return has a negative impact on the application or system causing them to slow down. This is why clearing caches every so often is important for your Mac’s well-being, as, once cleared, the application will be able to properly rebuild the cache it needs.

You can find system cache in Library/Caches folder and user cache in ~Library/Caches. Open Finder and hit cmd+shift+G to bring up the Go menu, Copy & Paste either of the directories to open them up. Get to cleaning. 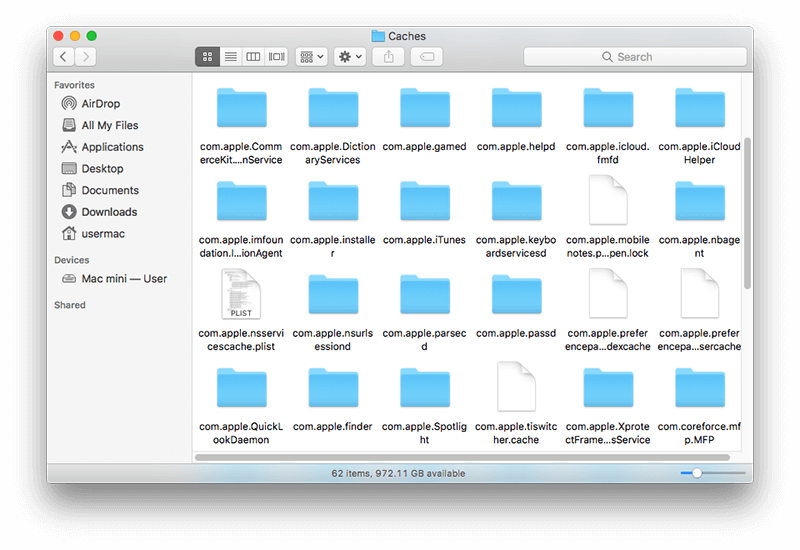 Most have at least a few applications collecting digital dust on their computers without being put to use for a considerable time. And it’s not just the apps that are used under certain circumstances, but the ones that are not used at all. A vast majority of applications tend to run in the background, checking for updates (or even preloading and updating on their own) or both. For the apps that you are not using — it defeats the purpose of them even being on your Mac and leeching off its performance. Go to Finder > Applications and drag the ones you know you don’t need to Trash, finish up by Emptying Trash.

Mac Maintenance Apps: How Do They Work

Maintenance software for Mac still remains a controversial topic for some of the Apple computer users. The reason being, that it is often unclear what exactly is so beneficial that a certain third-party cleaning utility brings to your system. Quite frankly, it is rather a matter of sheer convenience than absolute necessity. Granted, it has already been established that your Mac does need care, but it essentially comes down to your personal preference when determining which is the best way to go about it. If you are familiar with the junk file locations, Terminal commands, and what can potentially bottleneck your Mac’s performance, then you are good to manually deal with it (if you don’t mind the time it takes). However, if you want to focus on using your Mac rather than being constantly on the lookout for potential harm, then a trusted cleaning software is the way to go. Take MacFly Pro for example. It is Swiss army knife of macOS cleaning utilities that was built to care for your Mac. MacFly Pro is capable of locating and removing application leftovers, duplicate files, uninstalling apps, clearing caches and log files, etc. It even has a Smart Assistant that will help keeping track of the condition of your computer and suggest clean-ups when necessary. It can reduce the time you spend on maintaining your Mac clean down to a single click of the button.