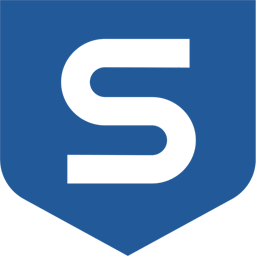 Overestimating the importance of security is a task hardly accomplishable; even more so, when the safety of personal and, possibly, professional data is concerned. Despite the commonly known fact that Mac computers are far less susceptible to virus attacks than Windows ones, many still prefer adding an extra layer of protection by installing antivirus software.

Sophos, being one of many, is known to be a popular answer to the problem. It is well respected for reducing the likelihood of macOS being compromised by a virus. But how do you securely and entirely remove Sophos in case, say, you find it using to much of your Mac’s memory and CPU? Let’s figure it out.

How to Remove Sophos Mac Device

Sophos Home is a cloud-based antivirus application which comes in both free and paid-for premium versions. After registering an account, you can download a free client, which comes with a 30-day trial, and install it on your Mac. Sophos Home allows for multiple devices to be managed using the same account regardless of them being PC or Mac. With that in mind, it’s not uncommon for users to want to keep using Sophos on their PC, but to disable the protection on their Mac due to either little need in antivirus on a Mac, or assumed negative impact on performance. Whatever the reason, here is how you can remove your Mac device from your Sophos Home account. 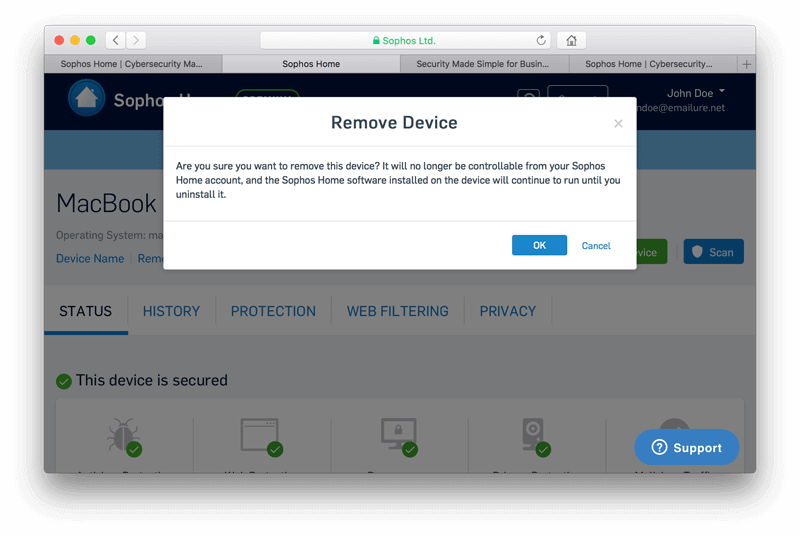 Thus, your Mac will no longer be connected to the Sophos Home account, yet, Sophos software will continue to protect your Mac until it is uninstalled.

How to Delete Sophos with Sophos Uninstall Tool

When an extra piece of software, even if it’s an antivirus, becomes a liability, completely uninstalling it from your computer is usually the way to go. There is no other way of going about it. Fortunately, in the case with Sophos, the developer provides an uninstaller which significantly simplifies the process of pulling the plug on the Sophos services. To get rid of Sophos Home application on your Mac, follow these steps after removing the device from your Sophos account:

Sophos removal tool deals with the job perfectly well and erases all traces of the Sophos Home application from your Mac. It is reliable and safe to use, however, just for the sake of giving you another option, you can also perform the manual uninstall of Sophos software.

How to Uninstall Sophos Antivirus Manually

As said above, Sophos antivirus software can be reliably removed from your Mac with the help of its removal tool. However, if you have your reasons not to trust the uninstaller you can force remove the application from OSX piece by piece. Check out these steps on how to do that:

This rounds out the basic options you have for uninstalling Sophos Home from your Mac computer. If, by chance, you have bigger cleaning plans in mind and looking to free up space by removing a list of rarely used apps, then keep MacFly Pro on your radar. MacFly Pro will not only help remove Sophos, but also reduce the time spent on uninstalling other applications. It enables you to select and delete multiple apps at once on top of providing a set of additional tools for maintaining your Mac at the top of its game.